Two HY14 eagles admitted summer 2014 were released at SOAR on 18 June 2015. Project AWARE, admitted 17 July 2014, and Clay, admitted 9 August 2014, were both very sick juveniles when admitted and much supportive care and time in the flight pen was part of their rehab. Releasing them at SOAR gave us an opportunity to monitor their hunting success and provide supplemental food, as needed, as long as they stayed around. 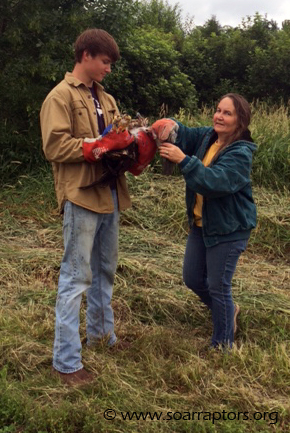 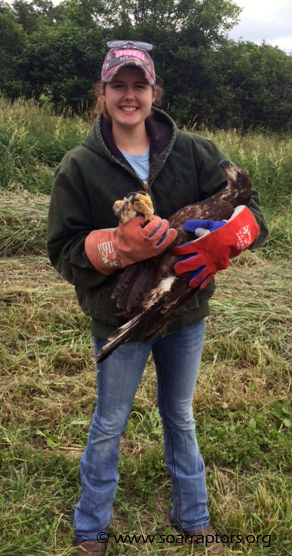 Ally is holding “Project AWARE” before release on 18 June 2015 at SOAR.