Terrie spent Saturday 20 February 2016 at SOAR helping with many tasks! 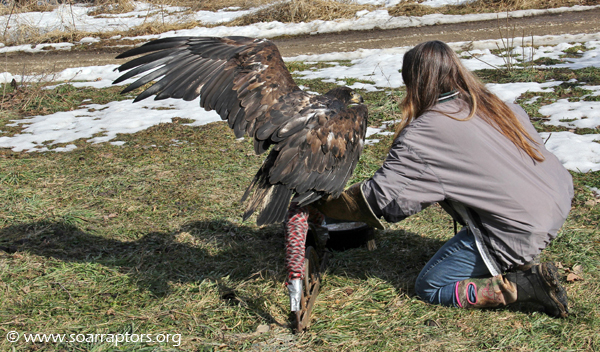 Decorah gets outside time on the bow perch on 20 February 2016.

Part of Terrie’s day was sitting with Decorah while he was on his bow perch! Two reasons for Terrie to be “just sitting” near Decorah – safety for Decorah as the “raptor weathering kennel” was being used by a falcon (think portable panel dog kennel) and Terrie could monitor any person or animal coming too close, also Decorah needs to become familiar with Terrie’s voice and other people. 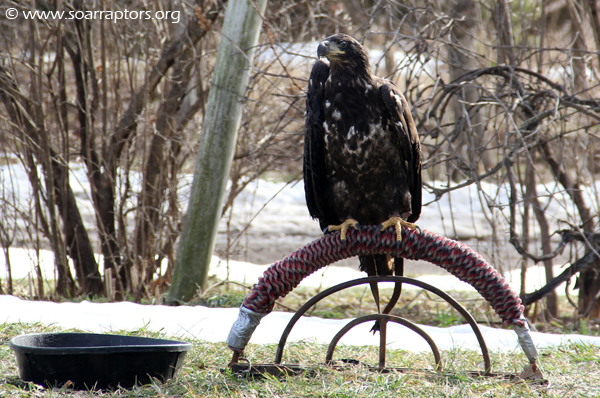 Terrie is sitting with Decorah while he was on the bow perch on 20 February 2016. Since Terrie is the photographer… you can’t see her! I think she prefers that…