Sara did check on Highlandville for us on 16 August and she replied, “He’s been checking in and downloading over 60 points a day and appears to bouncing around a forested riparian strip along the Minnesota River.” Here is the original post about these eagles getting fit with transmitters. 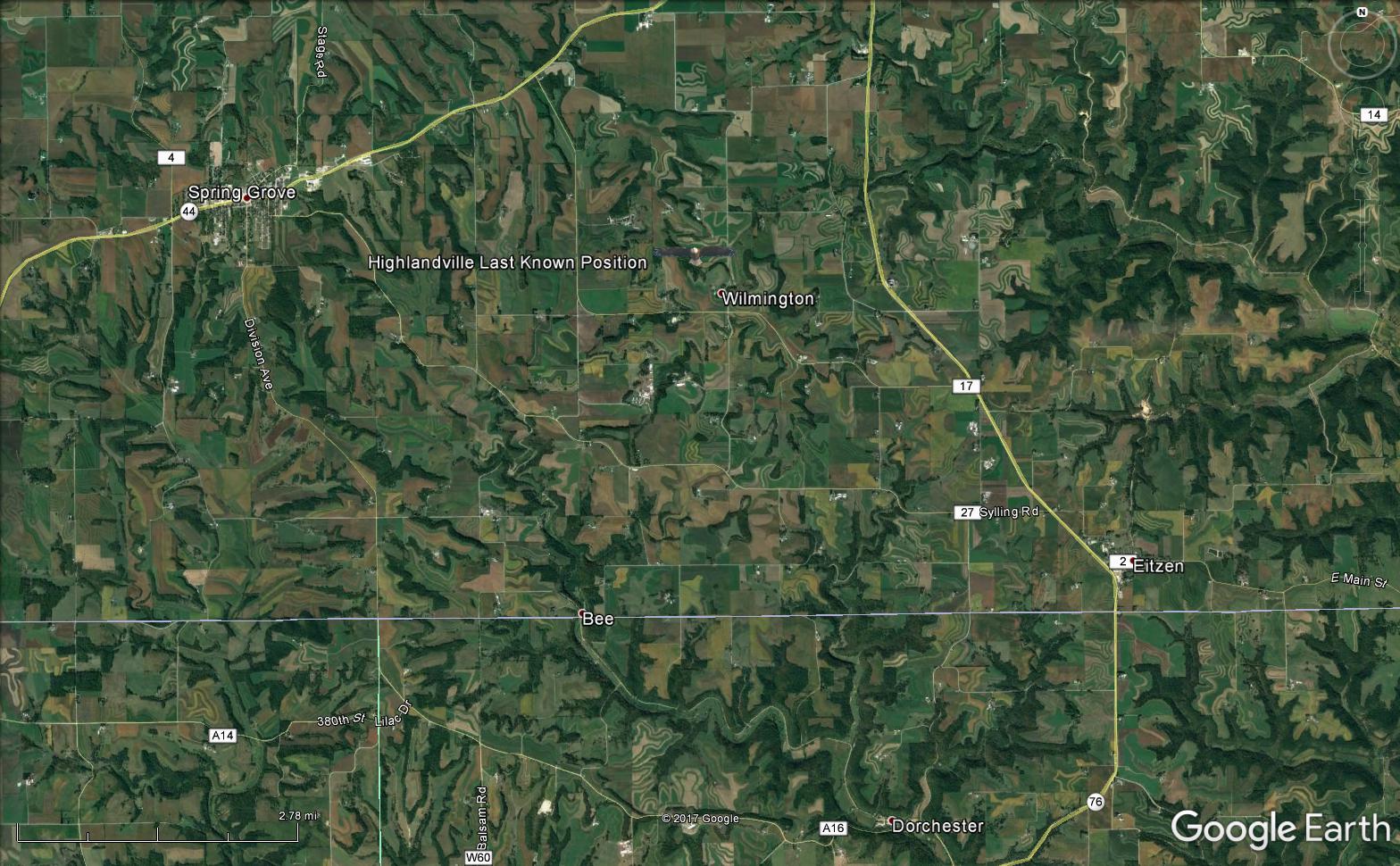 Look for the eagle avator in the upper middle of the map showing Highlandville’s last known location on 20 June 2017 in SW Minnesota.

Highlandville remains part of this eagle tracking study that began in 2014, being jointly conducted with the US Fish & Wildlife Service Moline Field Office, the US Geological Survey, and West Virginia University. Here is more info on that study:

Bald eagle populations have increased dramatically over the past 30 years across North America. The upper Midwest, which houses one of the densest populations of bald eagles in North America, has experienced dramatic increases in the number of breeding and wintering eagles since the 1970s.  For example, In 2014, more than 30,000 eagles were recorded by the Army Corp of Engineers winter count at 16 lock and dam locations on the Upper Mississippi. As populations of bald eagles have increased so have conflicts with human activities, especially wind energy development and collision with aircraft.  Of particular interest in region 3 are the origins of eagles wintering along the Upper Mississippi, their seasonal migration pathways, their local movements, and a general understanding of the ways that development – wind turbines, power lines, and disturbance – may impact these increasing numbers of eagles. Information about these issues is important because the USFWS is charged with issuing permits for limited take and disturbance to eagles. Permitting such activities requires a reasonable understanding of potential impacts to eagles and thus, an understanding of the basics of local and regional eagle biology.