As part of ongoing data collection looking at bald eagles and lead exposure in birds admitted to wildlife rehabilitators in Iowa, SOAR started collecting beak depth measurements. A research paper from Garcelon et al (Journal of Wildlife Management 49(3):1985) is the basis for SOAR to use beak depth measurement for a gender determination. The Garcelon paper discussed 12 different measurements taken on bald eagles, but that beak depth showed no overlap in values between the sexes.  This is the least invasive way to determine gender. A metric dial caliper is used and the measurement is taken from the top of the upper beak (maxilla) next to the cere to the bottom point on the lower beak (mandible).  The paper describes it: “from the dorsal aspect of the maxilla adjacent to the cere, to the ventralmost portion of the mandible.” The measurement is expressed in centimeters (cm). 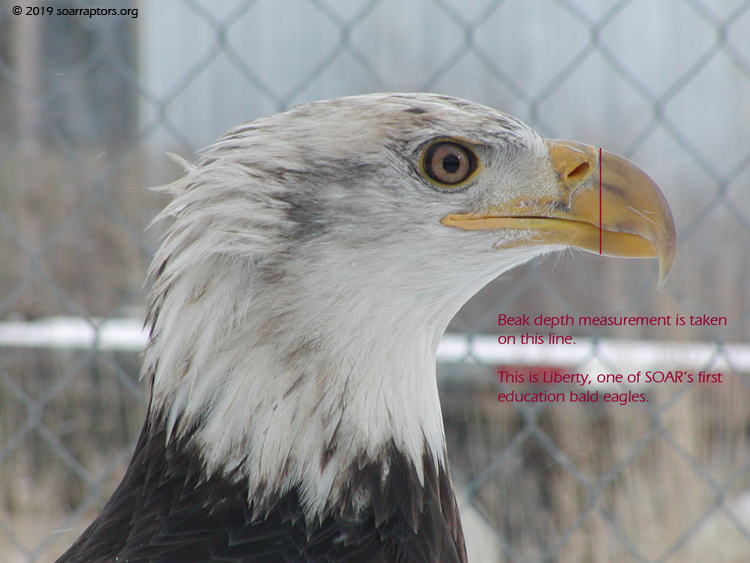 Also remember that female bald eagles will weigh more than males and that northern bald eagles are larger than those from the southern U.S.