An adult bald eagle admitted 15 February 2019 to SOAR was reported to Winneshiek County (Iowa) dispatch by MANY people driving Pole Line Road west of Decorah. Thank you to everyone for caring enough to make a phone call.

On 27 June 2019, this bald eagle was released in Winneshiek County to fly wild once again. 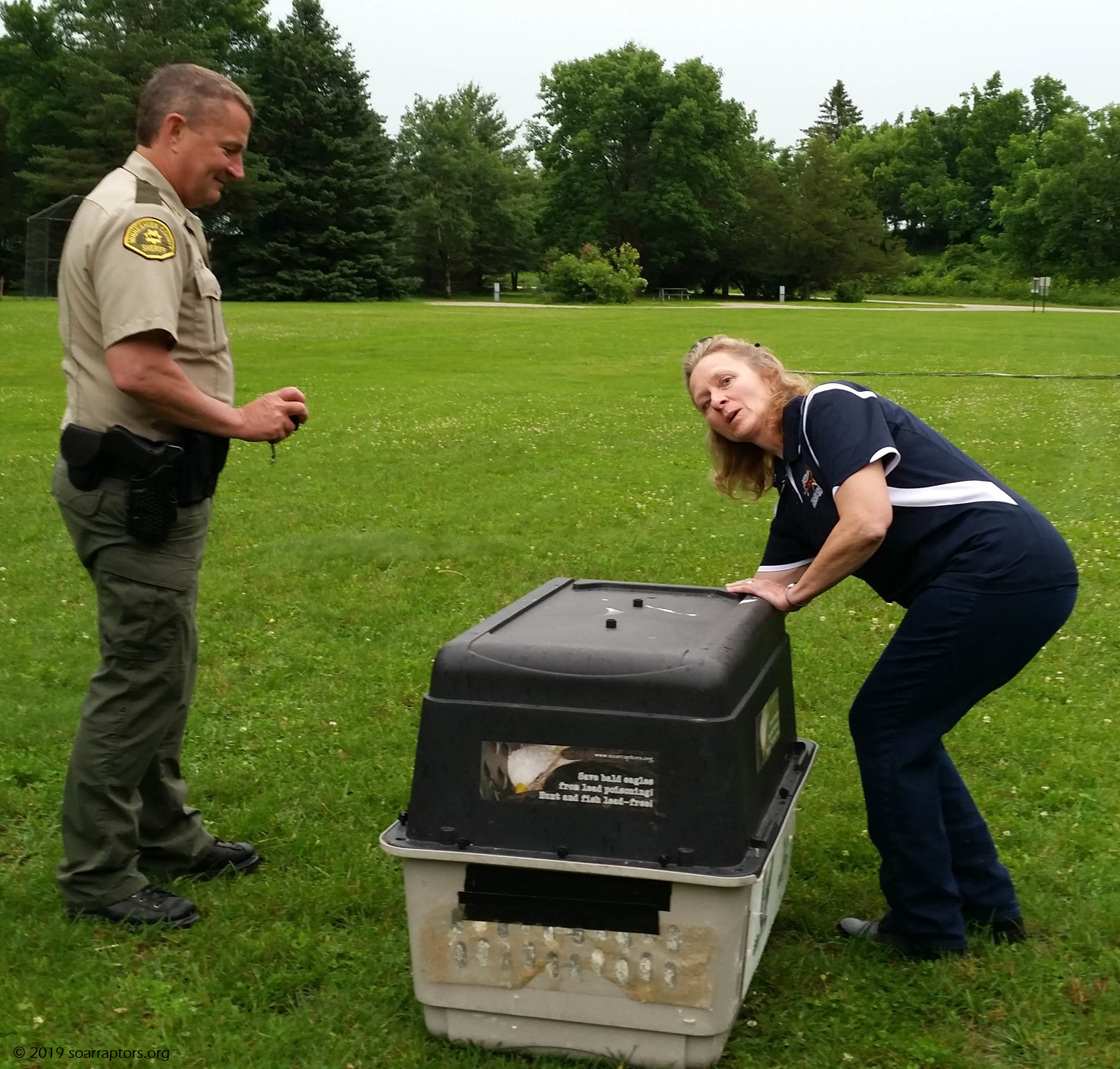 On admit, this eagle was unable to hold her head upright and was having seizures. Both are symptoms of lead poisoning. Blood was drawn at SOAR for a blood lead level. This bald eagle was lead poisoned. Fluids and chelation therapy were started. Chelation medication binds with the lead in the bloodstream and is then removed like other waste from the body. This adult female was also thin at admit.

How did this bald eagle get elevated lead levels? Raptors or scavengers inadvertently consume lead from animal carcasses or gut piles containing lead shot or lead shrapnel. Lead poisoning is the leading cause of mortality (death) for adult female bald eagles. This is a completely preventable situation. Please hunt with non-lead / non-toxic ammunition.

The majority of bald eagles admitted with extremely elevated lead levels often do not survive the toxin. However, three days after admit this eagle dubbed PLR19 (Pole Line Rd 2019) was still alive. She continued to receive chelation, fluid therapy, and an anti-inflammatory for brain swelling. After eight days of chelation, this eagle was given a break from the chelation medication, but continued to receive an anti-inflammatory. No seizures had been observed in the 24-hour period after stopping the chelation medication.

Thanks to Winneshiek County dispatcher Lisa for calling SOAR, Winneshiek County Deputy Ihde for help at the scene, Winneshiek County Conservation for rescue, and the Iowa DNR Decorah Fish Hatchery for keeping her warm until SOAR friends Brian and Patti could start the first leg in the transport. Thank you being part of our village. 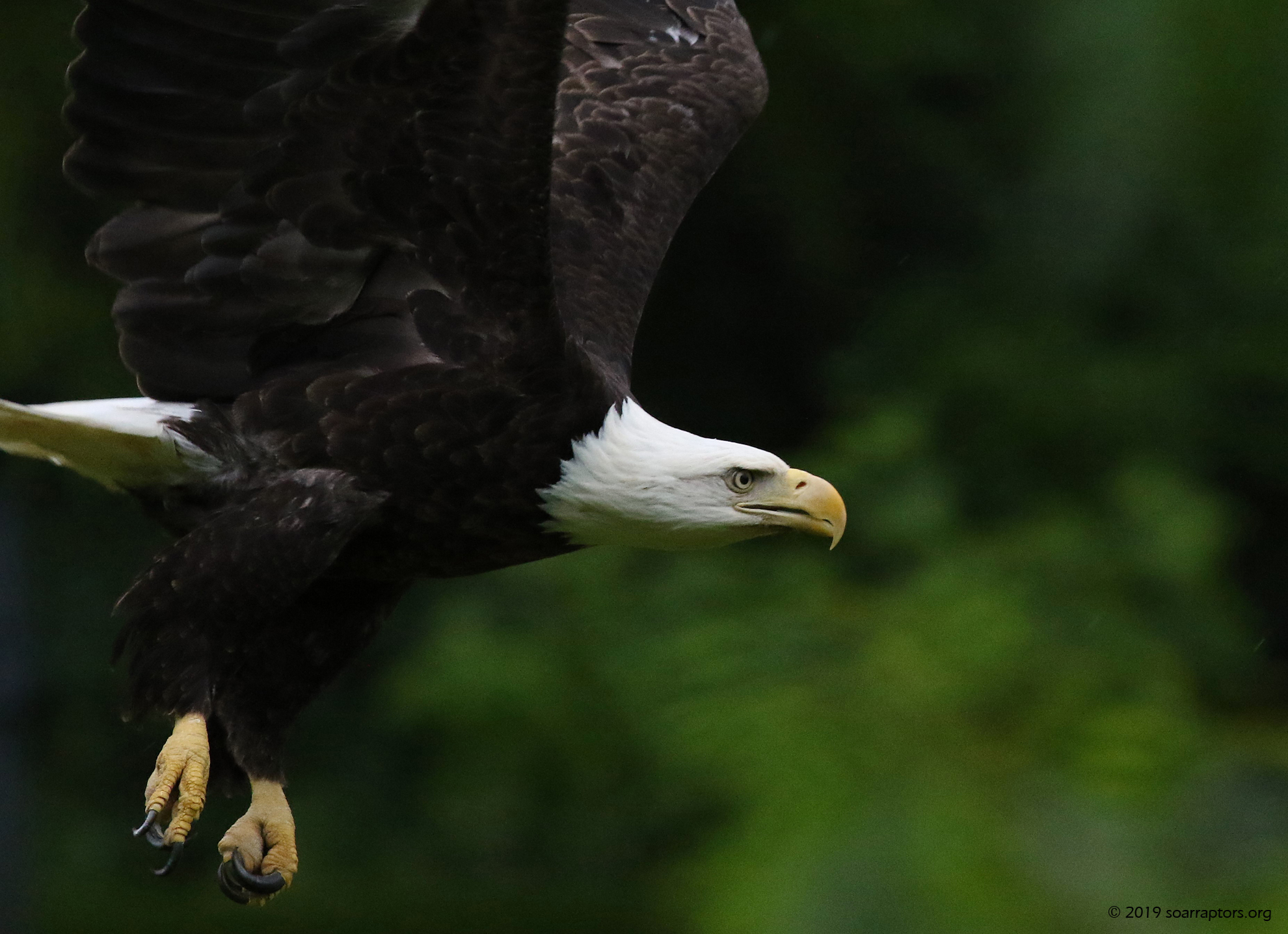