SOAR has admitted two bald eagles in 2019 that have beak damage.

Update: Both these bald eagles were released in April 2020!

Did you know that like our fingernails, the outer portion of a bird’s beak is made of keratin and is always growing. The keratin covers the bony structure of the maxilla (upper jaw) and mandible (lower jaw). The portion of the beak nearest the bird does have a blood supply and nerve endings. The tip of the beak does not sense pain.

Have you closed a finger in a car door or smashed your fingernail in some way? You might lose a nail, you might have some discoloration, but usually the damage grows out. A damaged bird beak is much like that. As long as the growing portion of the beak (the part nearest the body) is not damaged, the beak should regrow. Should is the key word.

The adult bald eagle was rescued in mid-June by our Federal Warden on the Upper Mississippi River and taken to Wildthunder WARS in Independence, Iowa, and later transferred to SOAR for continued care. At admit, the tip of this eagle’s beak was broken off and the right side was damaged much worse than the left. Our focus in not on what happened but on offering supportive care (i.e. beak trims as needed and cut-up food) until the beak has grown back. This week the mandible was trimmed back so the lower portion of the beak would fit inside the growing tip of beak! You can see in the before and after pictures the difference in the length of the lower portion of the beak. 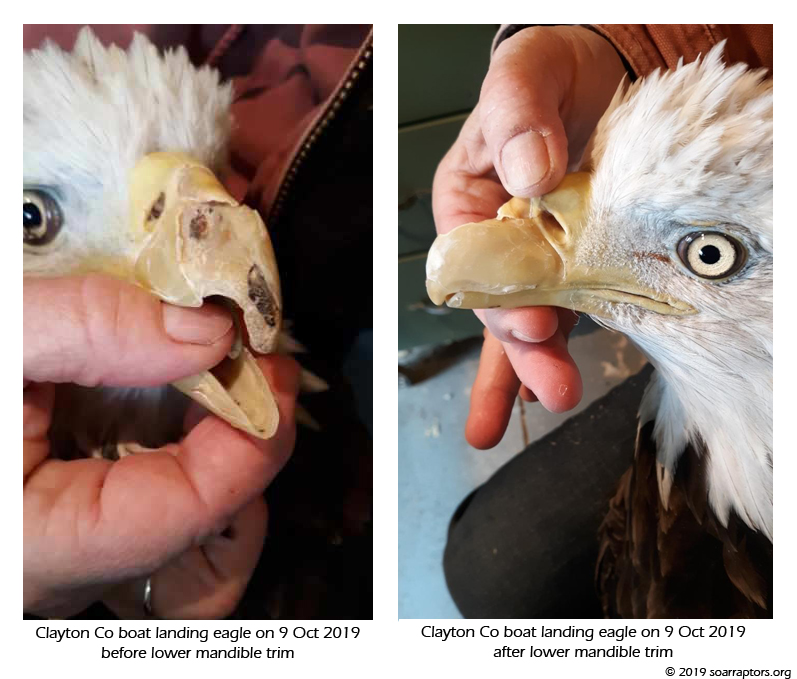 The hatch-year 2019 bald eagle likely had some sort of impact injury that split the point of the beak and a bit of the right side of the beak. Superglue is our friend and was applied this week. Kay does not want this crack to get any larger. The crack will grow out. The best news is that the crack is not affecting this eagle’s ability to eat on it’s own. 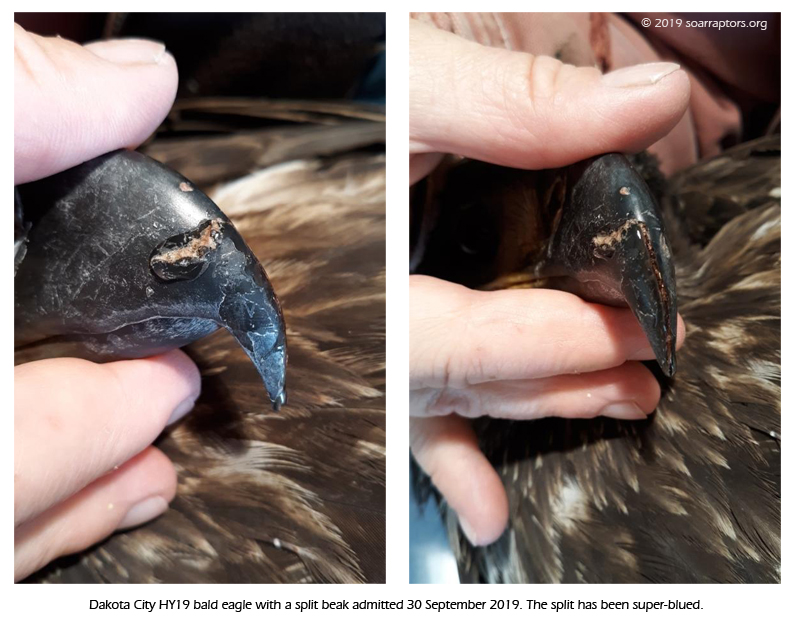