Some businesses have peak busy times and slow times. The business of wildlife rehabilitation is a constant busy. (long post warning… but you’ll want to read clear to the end) 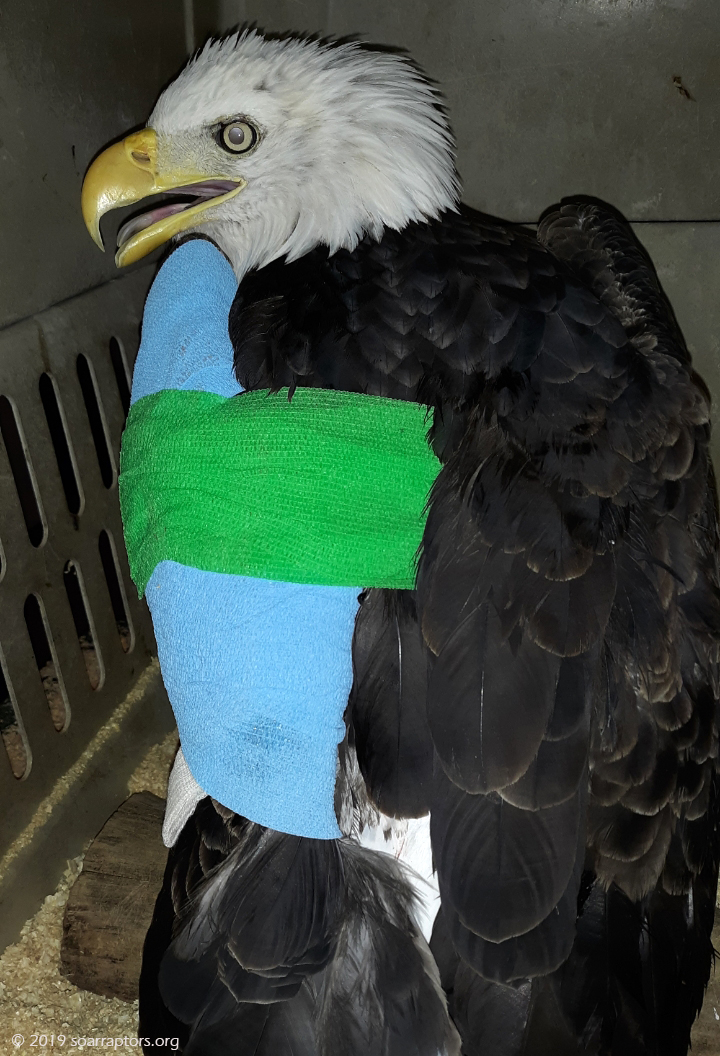 28 September 2019 admit from US65 in Hardin County. This bald eagle has a fractured radius and ulna.

This time of the year, with dispersal of young-of-the-year along with seasonal movements of raptors, several are admitted with injuries consistent with a vehicle collision – concussions / head injuries and fractures. This adult bald eagle was found sitting on US65 in Hardin County with left wing issues. This eagle has fractures in both the ulna and radius in the left wing. We don’t know for certain (as in no witness) that this eagle was hit by a car, but combining rescue location and injuries, we certainly suspect that to be the case. 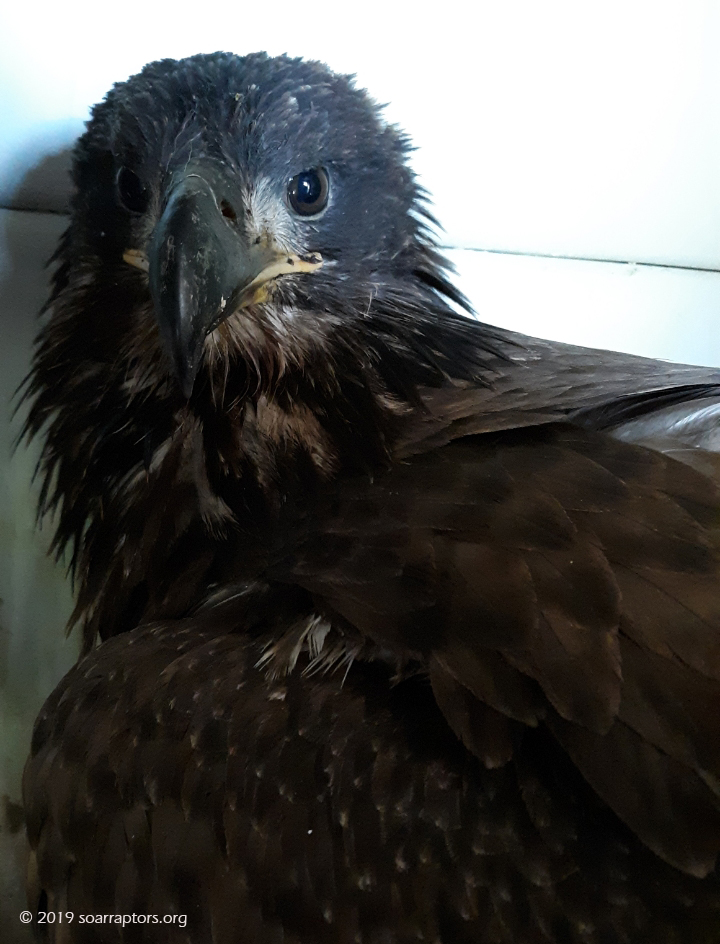 Other birds are admitted with undetermined injuries, like the HY19 bald eagle “Sigourney Rose” who was found face down in a harvested field near the town of Sigourney, Iowa. This juvenile female was not at all perky and did not want to stand. After several days of receiving fluids and being hand-fed, she is standing, but still wants to be hand-fed. She is also being treated for aspergillosis as she has raspy breathing.

The 100’ bald eagle flight pen is full of activity, too! This image shows four juvenile bald eagles up on the high perch and the adult bald eagle admitted mid-September from the north part of Winneshiek County is flying away. 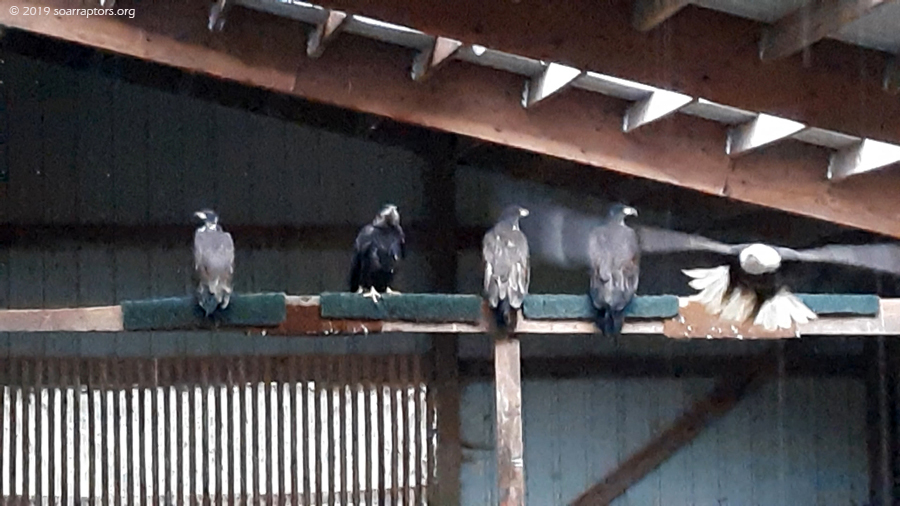 Four juvenile bald eagles on high perch in the 100′ flight pen and the bald eagle from North Winn is flying!

Now to answer some questions…

Have DN9, Allamakee, D33, and Calmar been seen since their soft-release at SOAR? Juvenile eagles were seen perching and soaring in the area for about one week plus, then, no more sightings. One juvenile was seen perched on a neighbor’s shed, but as Kay’s vehicle approached, the eagle took flight and soared over the nearby creek. 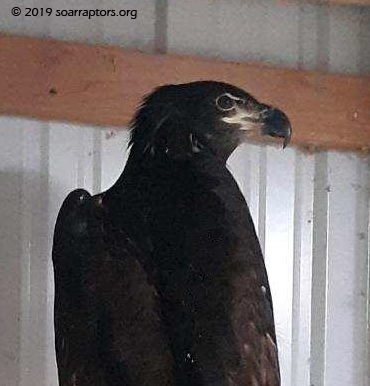 What has D32 been up to and do you have recent pictures? D32 (and Decorah) are incredibly camera-shy and turn their backs to the door when Kay goes in to feed or freshen the water pans. Sorry, no new pictures. D32 continues to be a good eater and takes the short flights from the food and water pan to the perch. Kay is hoping to get the current 20×60’ occupants moved out in the next week or so and then move some eagles into the 20×60’ flight pen, including D32, for initial flight training.