Skip to content
5 August 2021 was a big day for bald eagles at SOAR!
The hatch-year 2021 (HY21) bald eagles from Polk County Urbandale/DH7 and Saylor/56th place have moved to the 100 ft flight pen. Whew. They are zooming and with the low light conditions in the 100 ft flight pen, that makes it incredibly difficult to get photos!
Two more HY21 bald eagles have ‘graduated’ to the 60 ft flight pen. Both were admitted the first week of July. The juvenile on the left is from near Wadena, IA (Fayette Co), is a female, and was quite thin, had bird lice, and a puncture wound to her lower mandible. The juvenile on the right came to us for continued care from Wildthunder. This male hatch-year eagle was reported on the ground on the north edge of Manchester (Delaware Co). As you can see, both these juveniles can make the high perch! 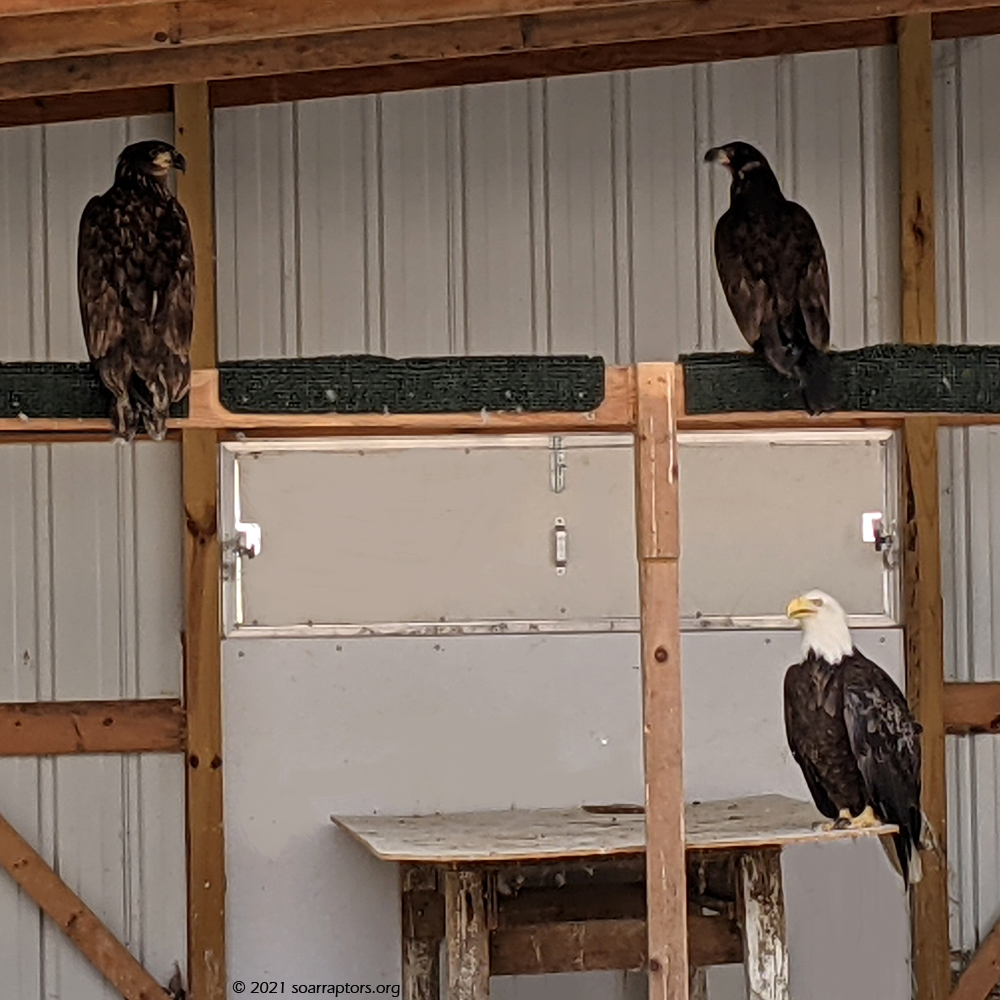 The two juveniles are HY21 eagles, left from Wadena, and right from Manchester.These juveniles were moved to the 60′ flight pen.