This picture details who went where last week! Two eagles were moved to the 100′ flight pen and the others were soft released on 11 September 2021.

A soft-release is one where after the ready patient is used to eating and navigating in that flight pen, the hack window / door is then opened and the bird can leave when ready. This flight pen is then left empty, with the window open, and food available until Kay is sure that the released birds are not returning. These birds can also indicate they are not ready by not leaving. Appropriate food (i.e. a roadkill deer) can also be left at the pond on the property. 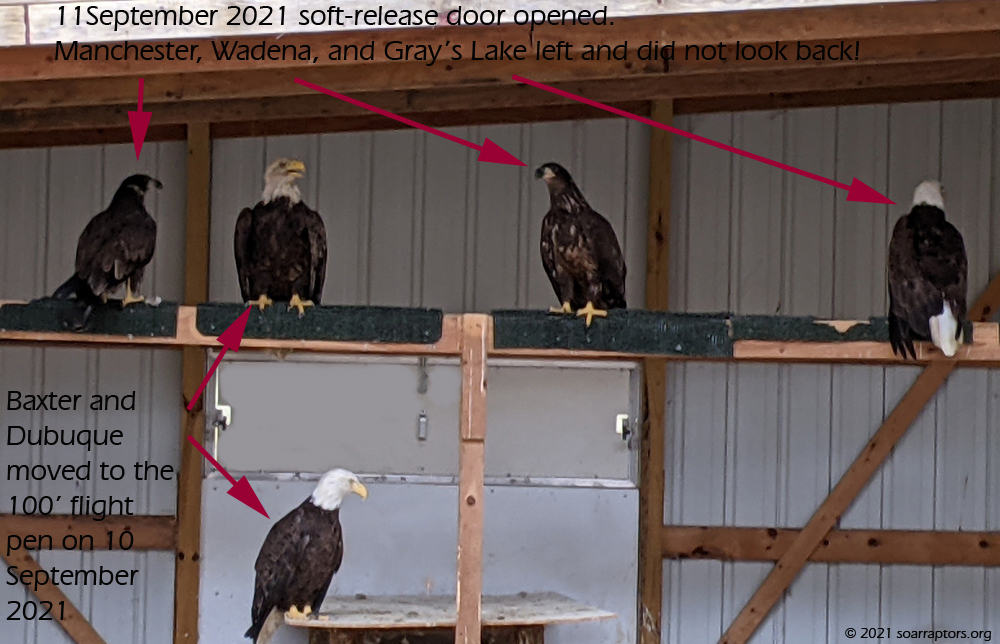