SOAR can confirm that many birds of prey that summer in the north country have made it to their winter territories. We know this because this past weekend a saw-whet owl and a rough-legged hawk were rescued in Woodbury County, Iowa, and brought to SOAR.

The rough-legged hawk was grounded due to deep bruising of the muscles that work the left wing. 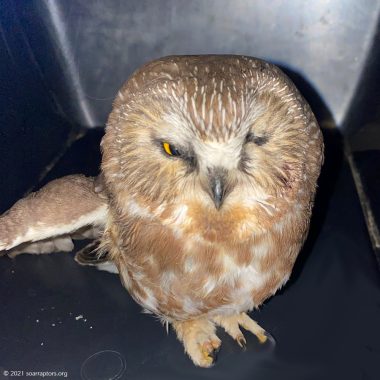 The saw-whet owl likely collided with a vehicle as it had internal bleeding and symptoms of a concussion. This very tiny owl had very bad injuries and died within hours of rescue.