I’m sure our readers know our dislike of barbed wire… this short-eared owl was rescued in Story County after being found caught in barbed wire. Our hope is that any injury to this owl’s left wing from the barbed wire is minimal. Below is the owl shortly after rescue in early April. 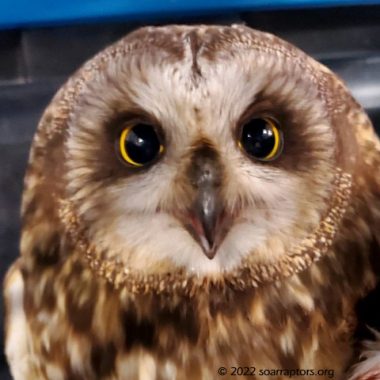 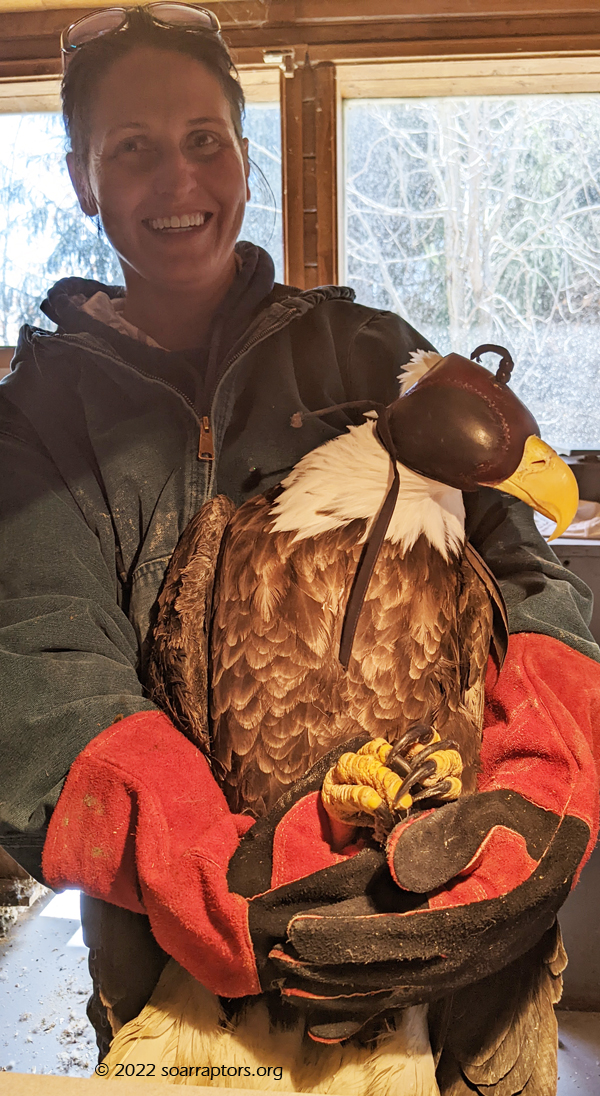 The bald eagle Cassie is holding is skinny at 11.25 pounds! She came to SOAR thanks to the help of Clarke County Conservation on 12 April. She has a puncture wound in one wing that caused her enough issue to become grounded and needing assistance.

Another bald eagle was admitted the same week from the town of Anthon in Woodbury County, Iowa. This eagle (in video) has damage to her beak and is on antibiotics. Watch her eat in the video.