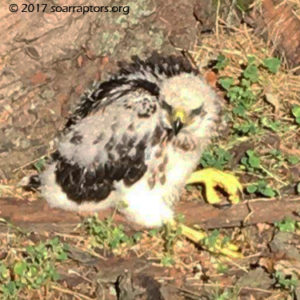 This nestling Cooper’s hawk was found on the south edge of Carroll along a trail. No adults seen. (Two days later, another Cooper’s hawk wa found in the same area and rescued and brought to SOAR.)

24 July
Eight hatch-year Cooper's hawks were soft-released at SOAR today! These accipiters can come and go / leave as they are ready and food will be provided until it isn't being eaten!