28 April 2015
Dr. Dirks checked on this owl's wing and noted that the radius-ulna bones in good alignment.


One of the owls about to be released in this photo from the 2015 Release Party is the one from Dallas County and the other is the young owl rescued in Jasper County on 15 April. 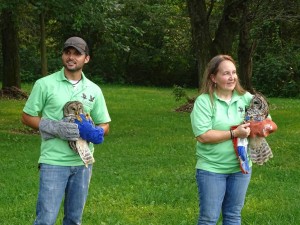