Thanks to the help of Des Moines Animal Control, several storm-impacted juvenile raptors were admitted on the 25th and 26th including the male kestrel in the photo below left. 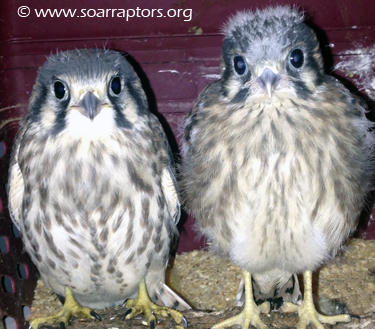 Vermeer (24 June admit) is on the right and Des Moines is on the left.