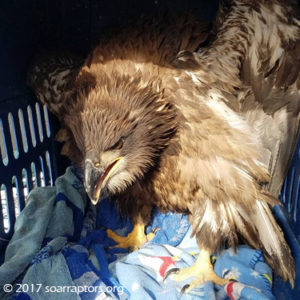 SOAR volunteer Deb transported a lively juvenile eagle that was rescued from a ditch along a gravel road near Runnells in Polk County. We believe this female to be a hatch-year 2016 (HY16) bird. She is a bit thin at 10.5 pounds and no fractures to the wings or legs. Her biggest issue and likely added to her needing rescue… she is missing six tail feathers. The tail feathers are already starting to grow back, so this injury / incident happened before she ended up in the ditch.

6 June 2017
Runnells is starting to make short flight attempts today. When she was first in the flight pen, only walked. 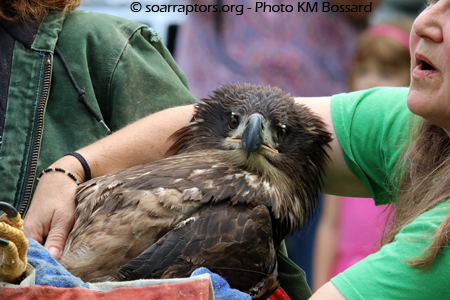