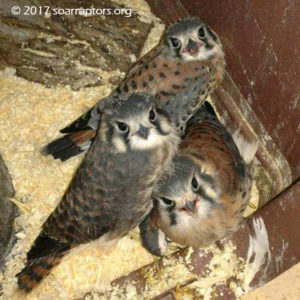 These three fledgling kestrels were blown from their nest and were rescued from the Sioux Gateway Airport in Sioux City. As of admit, they are not quite ready to be on their own.

Late June to mid-July 2017
These three fledglings were released at SOAR.