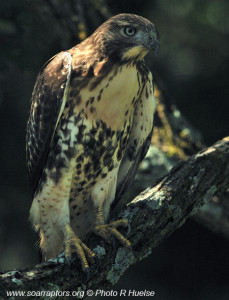 Red-tailed hawks are the most regularly seen, large, sit-and-hunt, small mammal predator. They seem to be everywhere in the fall as young disperse and northern birds move in to take advantage of open hunting ground. This changes by late February. The resident nesting pairs clean house by chasing all other hawks out of their territories. 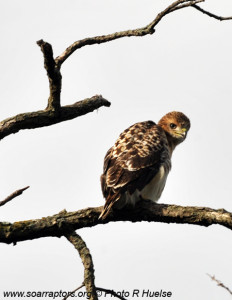 Raptors in the Food Web 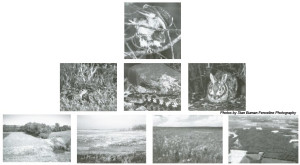 If you remove the predators at the top of the pyramid, will there be more room for prey in the middle? No. But removing a predator could temporarily allow a higher survival of more young, old, or sick individuals. Temporarily is the key word. What happens if you try to squeeze another rabbit block into the prey level of the pyramid? The addition puts the pyramid out of balance - something will crash.

This illustrates how prey species can "eat themselves out of house and home" and may cause population crashes. The habitat can support only a limited number of rabbits. This is the habitat's carrying capacity for rabbits.

Predators keep prey in balance at or near the carrying capacity of their habitat. Without a balancing predator, prey populations can go through huge number fluctuations and can cause an unpredictable chain reaction of events. 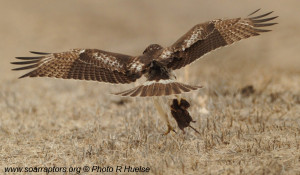 Here are some possible reactions:

Don't get caught believing that hawks are eating all the game birds! Here's what red-tailed hawks really eat. 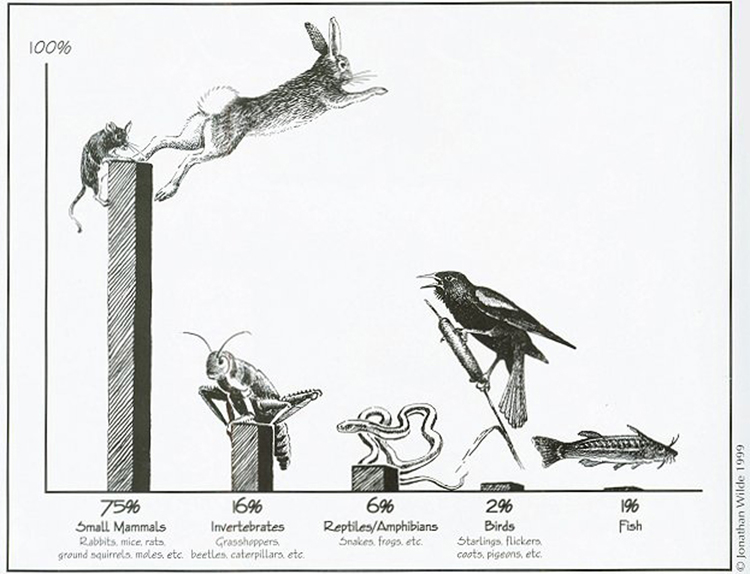 It's all about habitat!

What could you do to the pyramid if you wanted to increase the number of prey animals in the middle (rabbits, etc.) AND keep the pyramid stable and balanced, avoiding any undesirable chain reactions?

The answer is to expand the habitat base, keeping the predators in place. With a larger base, more prey can be added and more predators too - to keep the balance.

The Migratory Bird Treaty Act and state laws make it illegal to kill, capture, possess (actual bird or parts of, including feathers), harass, or harm any bird of prey. Violations are punishable by fines of $5,000 to $250,000 or more, jail sentences, confiscation of possessions, and revocation of licenses.