These are compiled from email and public and school programs. Have a question about raptors? Email us!

What is a raptor or bird or prey?

When did the bald eagle become our national symbol and why?

Are raptors protected by any laws?

Do eagles have additional protections?

How do you know if a bald eagle is male or female?

How many feathers does a bald eagle have?

How long does it take raptor eggs to hatch?

What are the stages of bird of prey development?

What is special about raptor feet?

Can an owl turn its head all the way around? 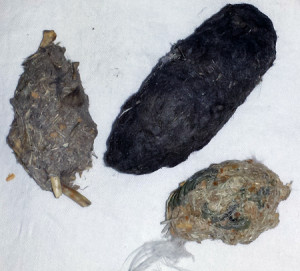 What materials do Iowa eagles use in their nest?

Do all raptors migrate and where do they go?

What do you call the path that birds use to migrate?

What types of migration patterns are there?

A raptors hunting style is based on wing shape.

Are those satellite dishes?

Do daytime (diurnal) raptors use eyesight or hearing more for hunting?

Are red-tailed hawks to blame for low pheasant numbers?

Because of the Migratory Bird Treaty Act and associated regulations, all bird banding is done under a Federal Banding and Marking Permit from the US Geological Survey. The permit outlines allowed species and activities (what are you trying to learn), as well as all the individuals allowed to help with that project. All bird banding permits and activity is managed by the US Geological Survey (USGS) Bird Banding Laboratory (BBL) at the Patuxent Wildlife Research Center. Since 1920, the BBL has been a scientific program responsible for the “...collection, archiving, management and dissemination of information from banded and marked birds in North America.” Learn more here: https://www.usgs.gov/centers/…/science/why-do-we-band-birds/

Why band birds?
The data collected by the bird bander and from people that have an "encounter" with an already banded bird provide useful information for scientific research and management activities. Bird banding data helps biologists understand dispersal, migration, longevity, behavior, productivity, and more. Bird banding data only gives point-in-time data - on a specific date, someone had eyes on that bird and the band.

An example from SOAR:

On 27 August 2019, Cass County Conservation rescued a great horned owl about six miles south of Atlantic, Iowa. This owl sported a USGS band. This is an example of a bird band encounter. If you find a banded bird you should report the band number and location to reportband.gov. The band encounter was reported and this great horned owl was banded by Kay before being released on the southwest edge of Atlantic, Iowa… 11 years ago! This is dispersal information, dispersal from release location for this owl. This is important for a raptor rehabilitator to know - great horned owls may not travel or disperse very far from where released. The great horned owl pictured here is that banded owl in a flight pen regaining flight skills.

This great horned owl’s band encounter adds to the collection of reports for longevity. Curious about how long has a certain species has lived? Visit the BBL longevity search page: https://www.pwrc.usgs.gov/bbl/longevity/Longevity_main.cfm

SOAR executive director, Kay Neumann, does not have a bird banding permit. Years ago, she was a sub-permittee on another ornithologist's permit who is no longer banding birds.

To band or not to band?

Summer of 2019 involved rehabilitating many juvenile bald eagles that abandoned their nest site due to difficulties with black flies. Three of these bald eagles garnered much attention from the nest camera audiences! Many speculated and asked if these juveniles would be banded. Kay talked with Brett Mandernack of Eagle Valley Nature Preserve about banding the four juvenile bald eagles - Allamakee, Calmar, D33, and DN9. (Read their story here.) One of Brett's research projects is to look at juvenile bald eagle dispersal and travel behavior from the nest and nest area. Brett said that since these four juvenile bald eagles would be rehabilitating together, he thought banding all four eagles could lead to interesting information. Brett felt that these four juveniles being rehabbed and released together would closely resemble siblings dispersing from a wild nest. Kay and Brett also discussed whether to band D32 if and when he could be released. Both felt that his rehabilitation circumstances would not allow for a similar juvenile dispersal, so D32 will not be banded.

Both bands and telemetry must be put on the bird by someone with the banding permit. Data collected from band encounters is not (hopefully) quickly known by the bander. With raptors, band encounters may happen through research projects including hawk banding stations, through birds being admitted to a rehabilitator, or by birds being found dead in the field.

A telemetry unit permit is most often associated with a large-scale research project that has substantial funding and partner agencies. Tracking a bird with telemetry varies depending on the type of unit -- a UHF unit that can be monitored using a handheld antennae, a telemetry unit that utilizes satellite technology, or a GPS-GSM telemetry system where data points are downloaded when the unit has cellular signal. 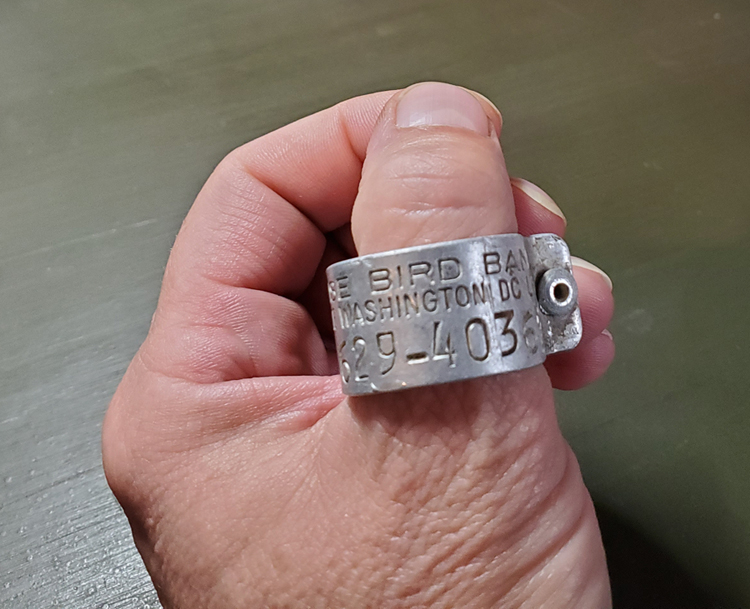 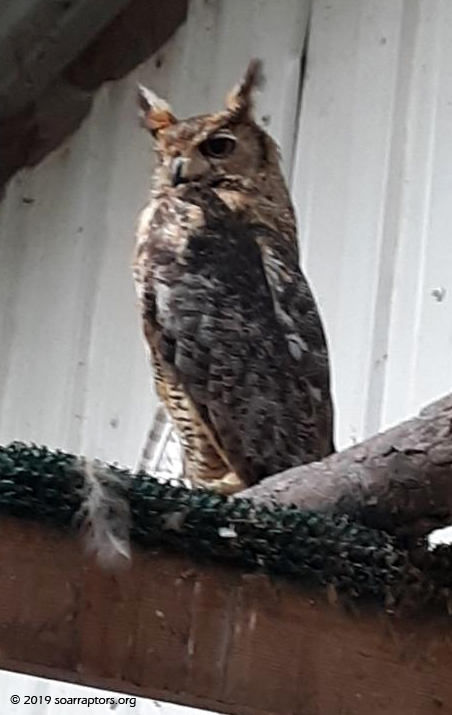 27 August 2019 banded great horned owl rescued from about six miles south of Atlantic, Iowa, is now in a flight pen on 14 September 2019.